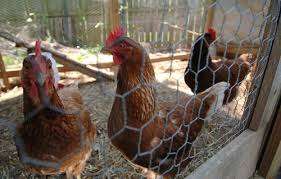 I’m glad your July article on backyard chickens included the downside.  Given the practical issues of daily care, humane concerns, and health consequences of eating eggs, is this something the city of Denver should be encouraging?
Often would-be urban farmers do not understand what they are getting into, as indicated by this from an NBC News report: “Hundreds of chickens, sometimes dozens at a time, are being abandoned each year at the nation’s shelters from California to New York as some hipster farmers discover that hens lay eggs for two years, but can live for a good decade longer, and that actually raising the birds can be noisy, messy, labor-intensive and expensive.”   END_OF_DOCUMENT_TOKEN_TO_BE_REPLACED

The billboard is part of an extensive advertising campaign by The Wildlife Council here in Colorado to convince the public that hunters and anglers care about preserving wildlife.  Then why are they systematically killing them by hunting and fishing?  If you cared about a group of animals, would you want to kill them?  Especially since you are not starving and have no need to eat their flesh?
END_OF_DOCUMENT_TOKEN_TO_BE_REPLACED 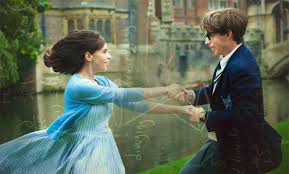 I had the chance to attend an advance screening of a new movie set to open this weekend.  “The Theory of Everything” is the life story of physicist Dr. Stephen Hawking and his wife Jane.  It is a tribute to Hawking’s determination to persevere despite being paralyzed (he has ALS), his wife’s courage in accepting and accommodating his handicaps, and an intimate look at the tender love between them.  He had already received the diagnosis of his disease at the time they fell in love as college students, but she went ahead and married him anyway.  The film explores how their feelings change over time.

We need more stories of patience and love in the face of adversity.  “Theory” is beautifully acted by Eddie Redmayne and Felicity Jones– watch the trailer here. 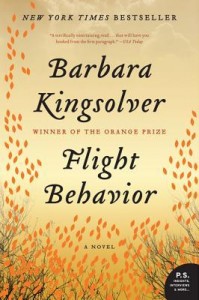 Kingsolver explores a fictional scenario in which monarch butterflies’ migratory behavior is so disturbed by climate change that they overwinter in Tennessee instead of Mexico. The butterflies turn up en masse in a small town, attracting a prominent scientist and his students to set up a lab and study them, and changing life dramatically for the townspeople. Through her story Kingsolver educates readers about the seriousness of climate change, shows how it disproportionately affects the poor, and unsparingly skewers the media who refuse to tell the truth about it. Trying to make sense of it all are sympathetic characters struggling to make ends meet, navigate their family relationships, and find fulfillment where choices are limited.
Kingsolver has aligned her considerable narrative skill with her passion for the environment to deliver a novel whose thought-provoking issues will continue to engage readers long after the last page is read.

While tabling on behalf of Denver Vegans at the city of Denver’s Earth Day Fair, I had several chances to increase the effectiveness of my outreach by talking with people who influence many others.  A friend had told me that 50PlusPrime, the TV News Magazine for Baby Boomers, was in town looking for stories on boomer generation people involved in community service, and would I be interested in talking to them?  I would.

It turned out that the program’s president and founder is a vegan himself!  So he was glad to film a segment on that topic.  He and a cameraman came to the Earth Day Fair, interviewed me on camera and showed our vegan literature table.  The program will not air until this fall, in limited markets, but will be available for viewing online after air date.

I also mentioned that I would like to encourage boomer-age viewers not to give up on personal goals or dreams they’d had in their youth, out of a fear that maybe now they were too old to achieve them. I’d wanted to be a published author since my youth, but put that on the back burner as I gave my attention to other worthwhile projects.  I picked up that dream in my late 50s, and wrote my book The Practical Peacemaker: How Simple Living Makes Peace Possible.  It was picked up by New York publisher Lantern Books, published just after my 60th birthday, and launched with an author event at the Tattered Cover Bookstore.  I was filmed talking about this for a separate segment of 50PlusPrime. END_OF_DOCUMENT_TOKEN_TO_BE_REPLACED

The latest nationwide adult obesity statistics were just released, and it’s not a pretty sight.  At first glance, my fellow residents of Colorado and I were glad to see our state once again recognized as having the lowest percentage of obese people of all the 50 states.  But on closer scrutiny, it’s alarming news for everyone.  In these new statistics, Colorado is the only state with an obese percentage below 20%, and twelve states weighed in at 30% or higher.  (Obesity is defined as a BMI of 30 or above.)  Just fifteen years ago, no state had a percentage of 20% or higher!  Childhood obesity continues to increase as well. END_OF_DOCUMENT_TOKEN_TO_BE_REPLACED